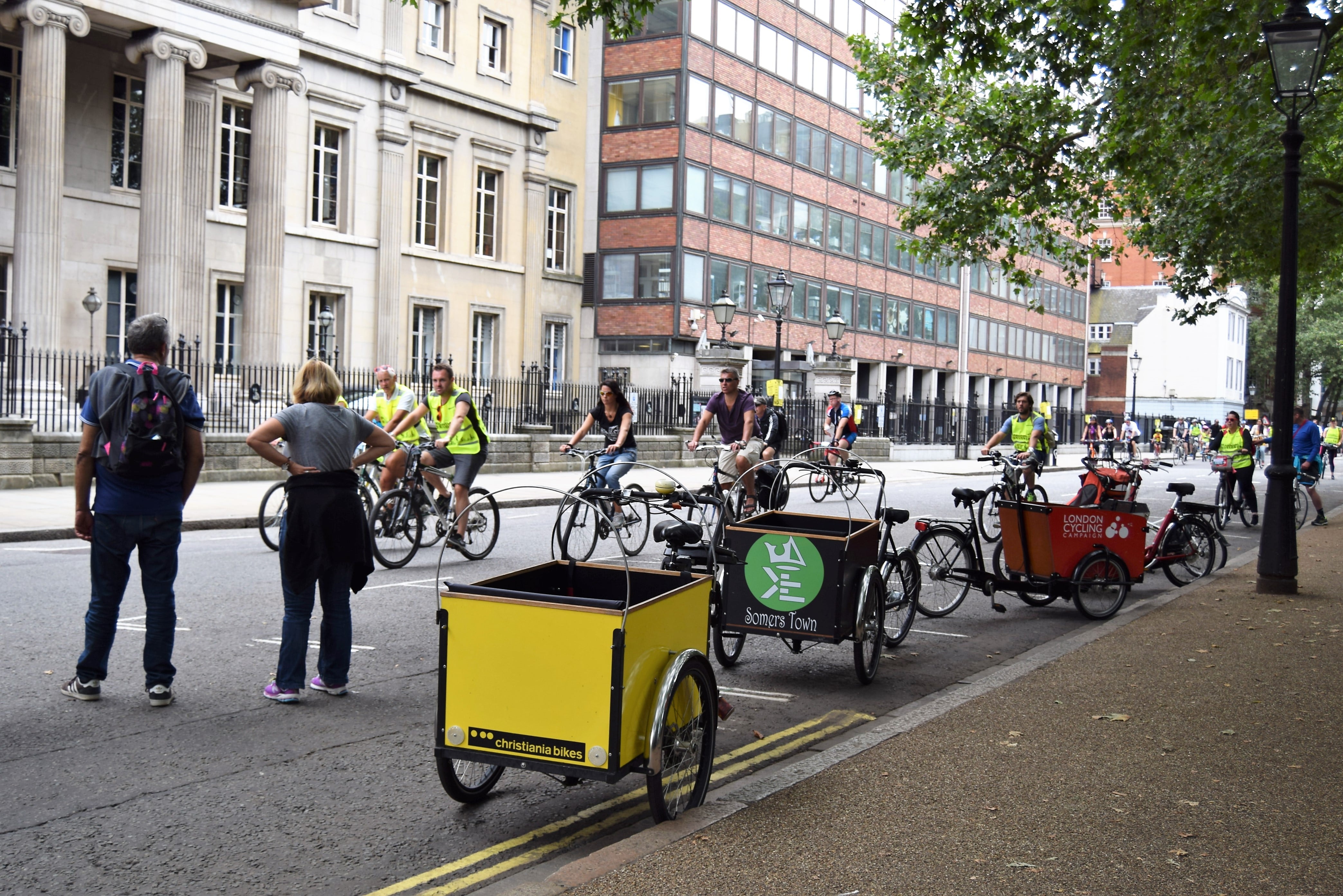 Ten of thousands of people and families streamed through the streets of London on Saturday 30th July for the 4th edition of the Prudential Ride London FreeCycle. This event, part of the three-day annual festival of cycling was set up by the Mayor of London in 2013, as a legacy of the 2012 Olympic games.

The FreeCycle provides a unique opportunity for cyclists of all abilities, on a wide range of bicycles, to enjoy the capital in the full safety of traffic-free closed roads. Whole families were able to ride across the capital’s most iconic locations including Buckingham Palace, Trafalgar Square, St Paul’s Cathedral and to the south of the river, Waterloo Bridge. Thanks to a warm and relatively sunny day, riders were graced by wonderful views of London. This year’s eight mile route also made the most of the latest cycle infrastructure such as the section along the Embankment, on the newly opened CS3. Some seven Festival Zones also dotted the city offering some respite from cycling with entertainment scheduled throughout the day.

It was amazing to see so many reclaiming the streets, so many children riding alongside their parents in a variety of set ups, from trailers, tag along to bike seats while others were on cargo bikes. Social media were buzzing with people praising the diversity and the sheer volume of riders. This is another true indication that the willingness to cycle is there but the environment is yet to match.

What an extraordinary day this was! Thank you #RideLondon #FreeCycle pic.twitter.com/eGqL9baQH8

We also had the great pleasure to see some of our rental bikes in their full glory, doing what they do best, making people happy and giving riders a fun ride together. We passed some of our customers who use their cargo bikes for their business and other fellow cargo bike riders who share our love for these wonderful little machines. Here is a selection of what was truly an amazing day! 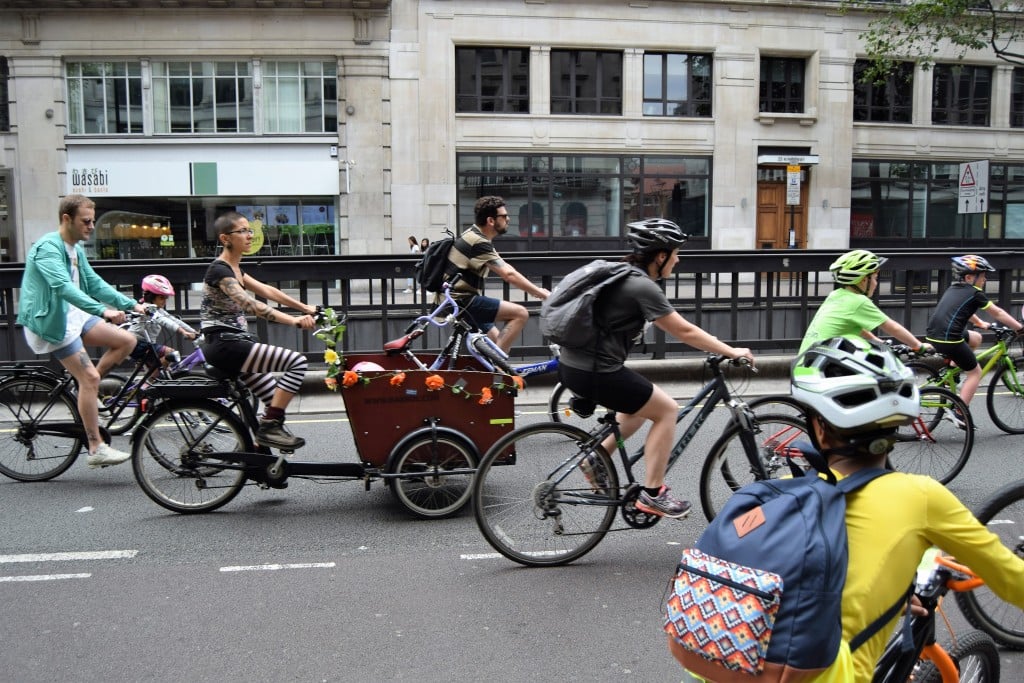 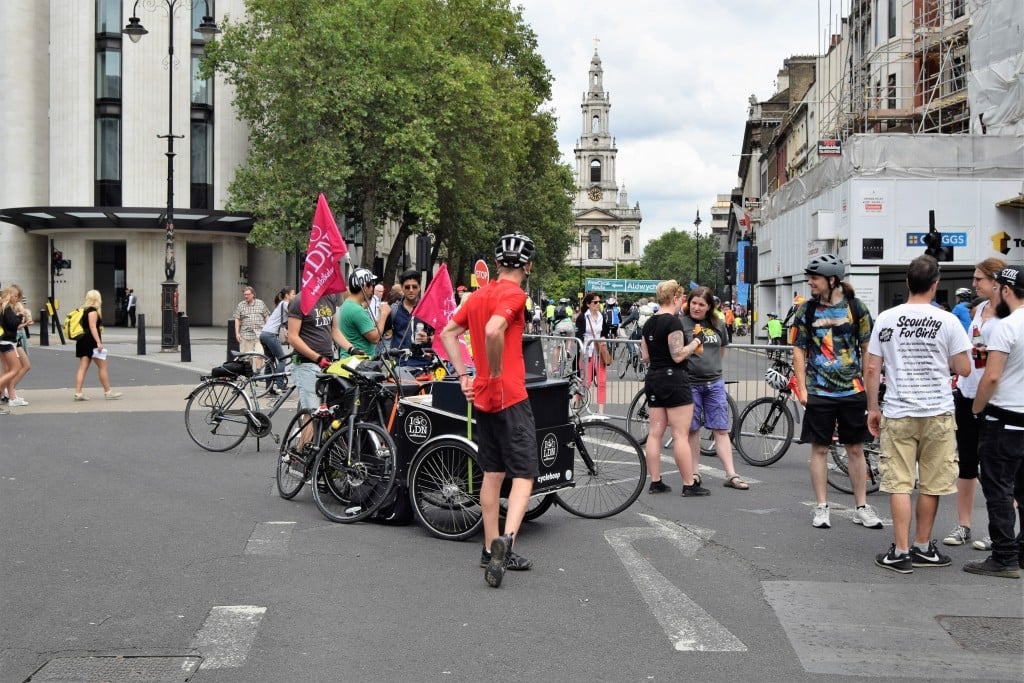 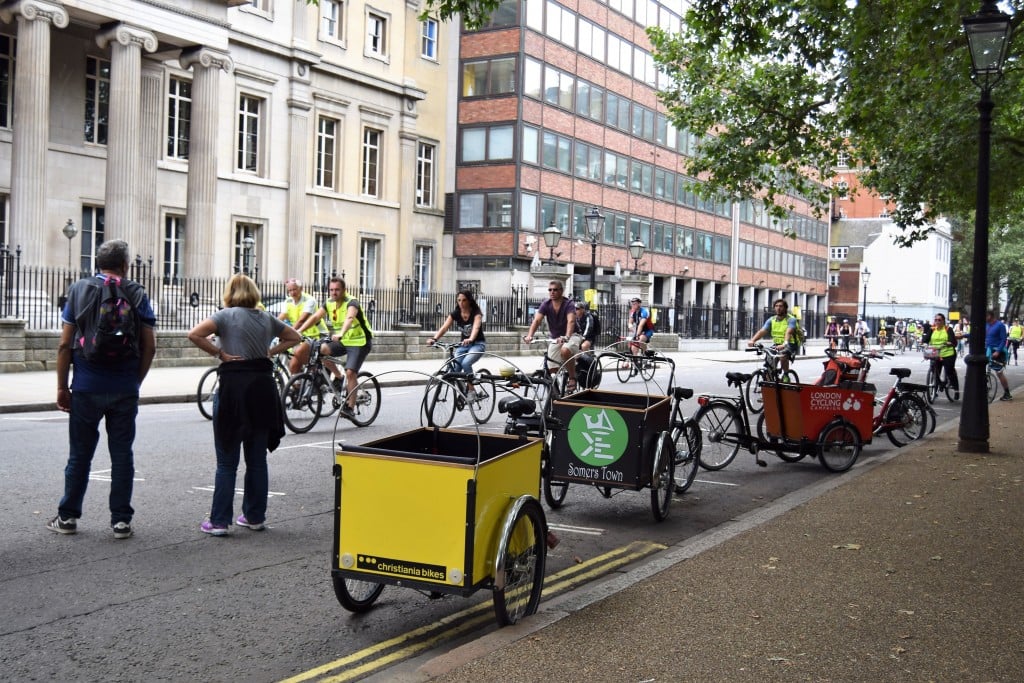 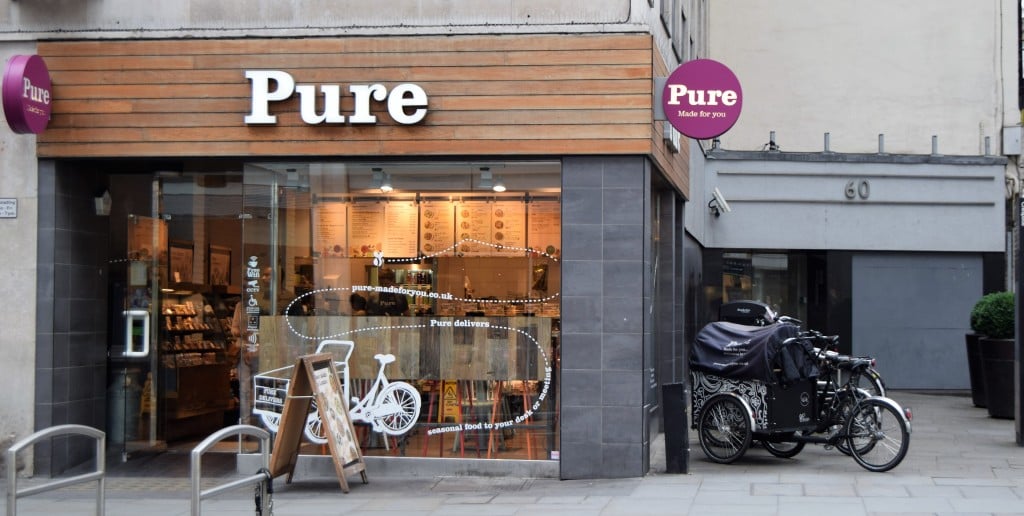 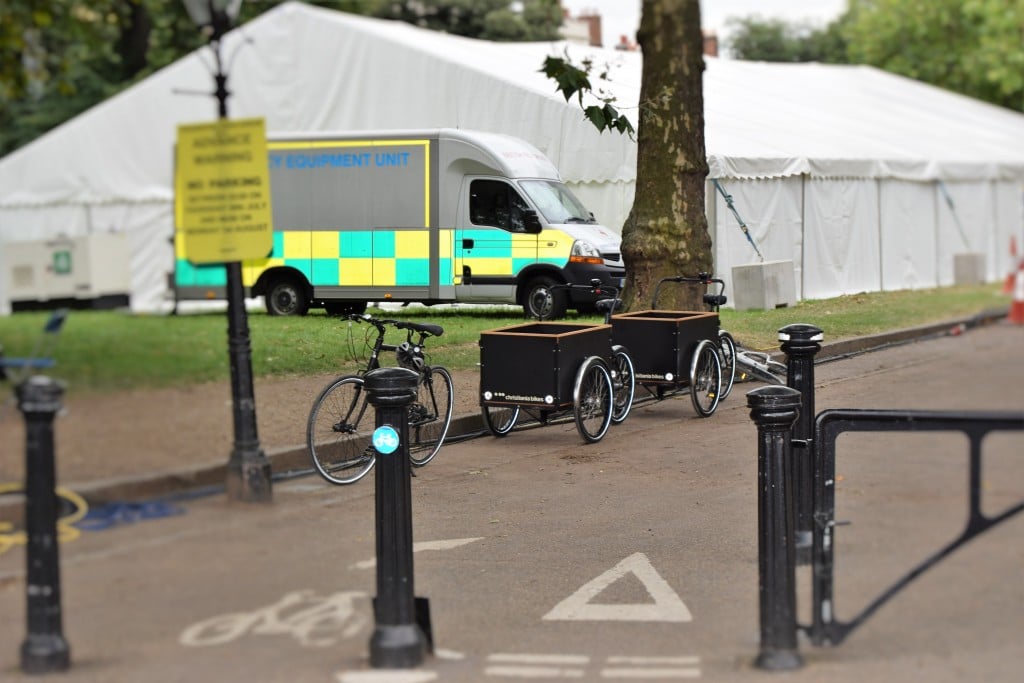