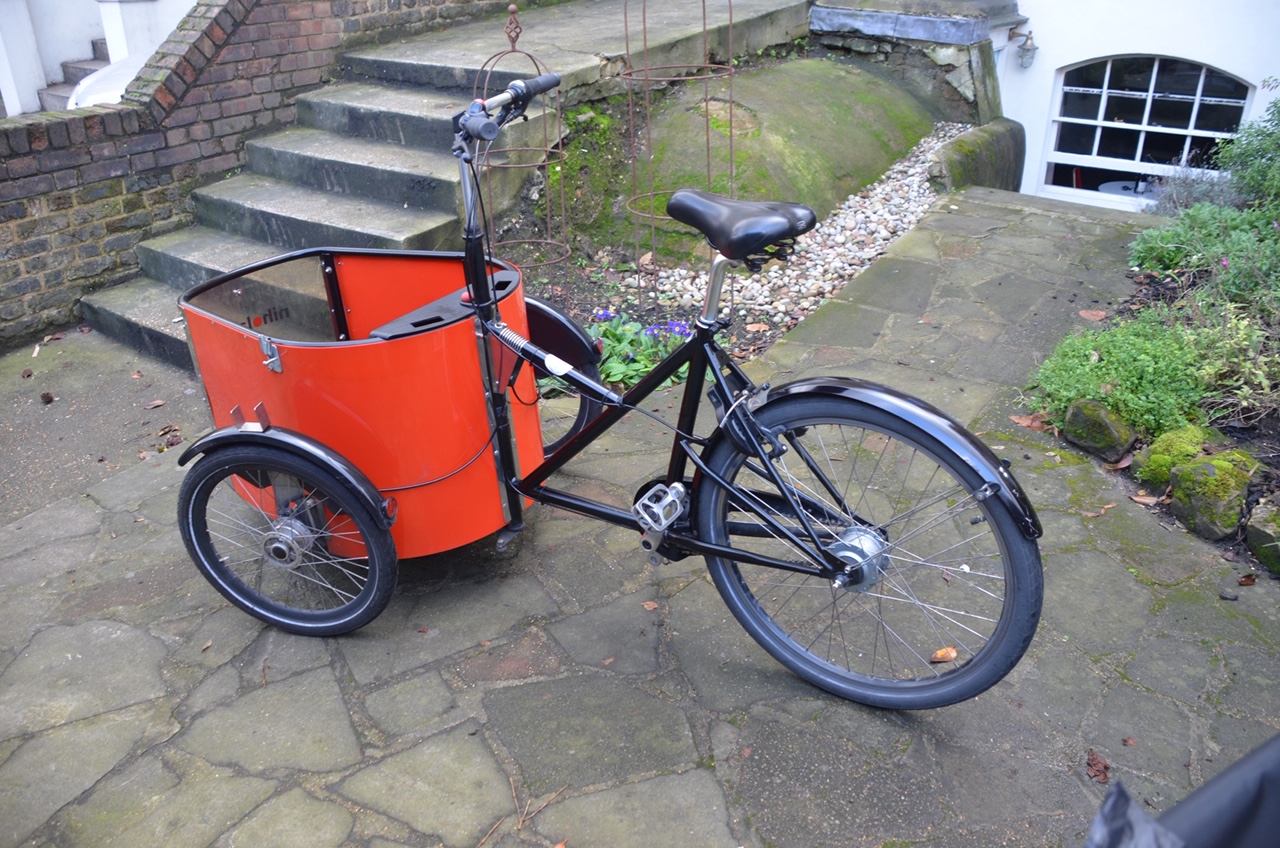 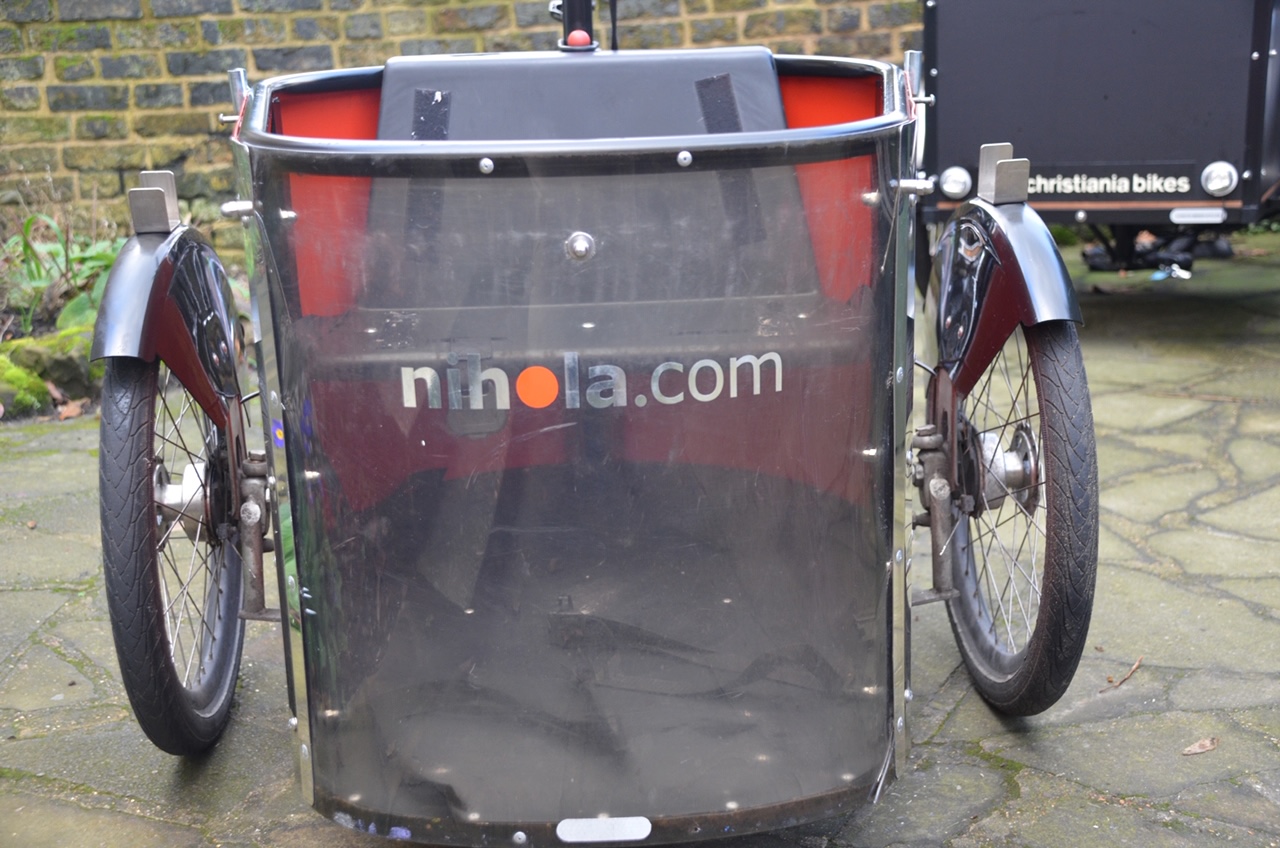 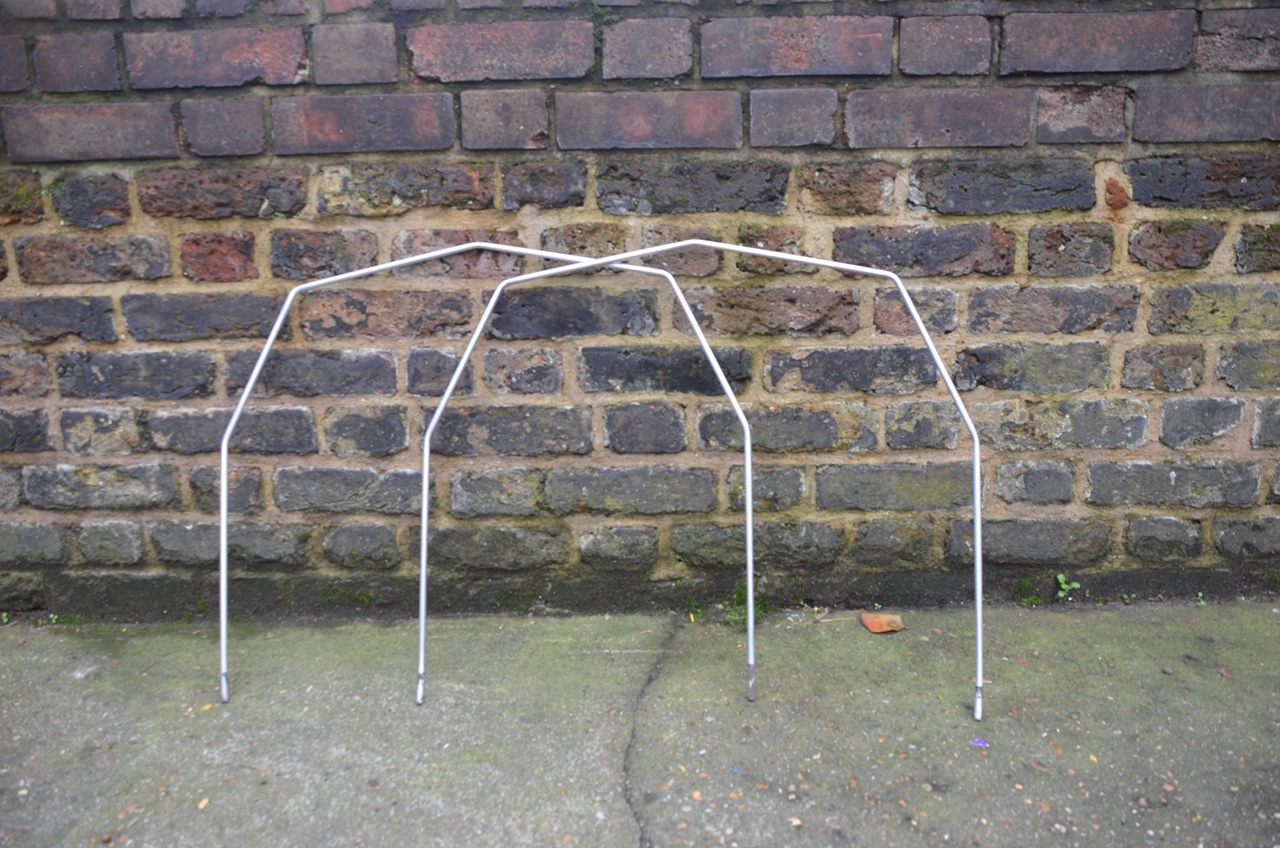 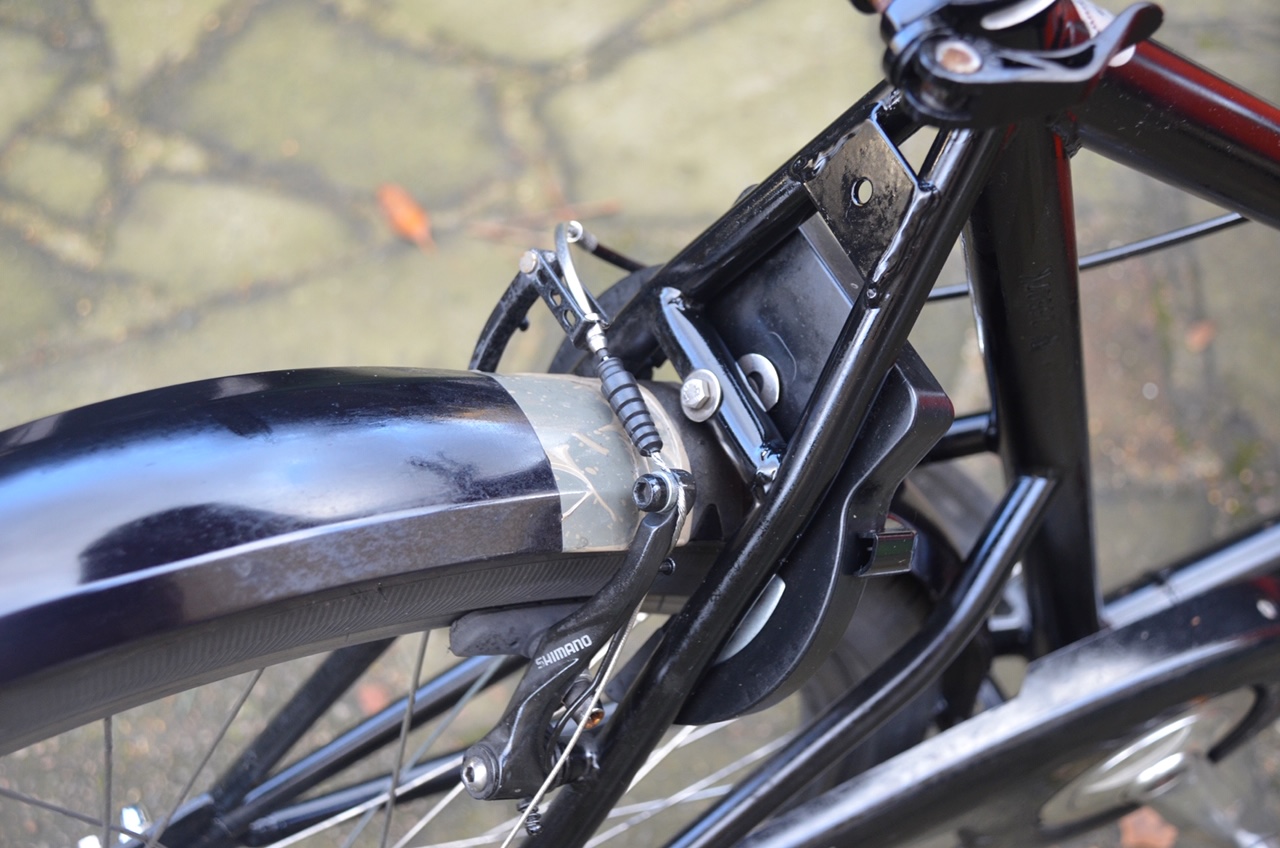 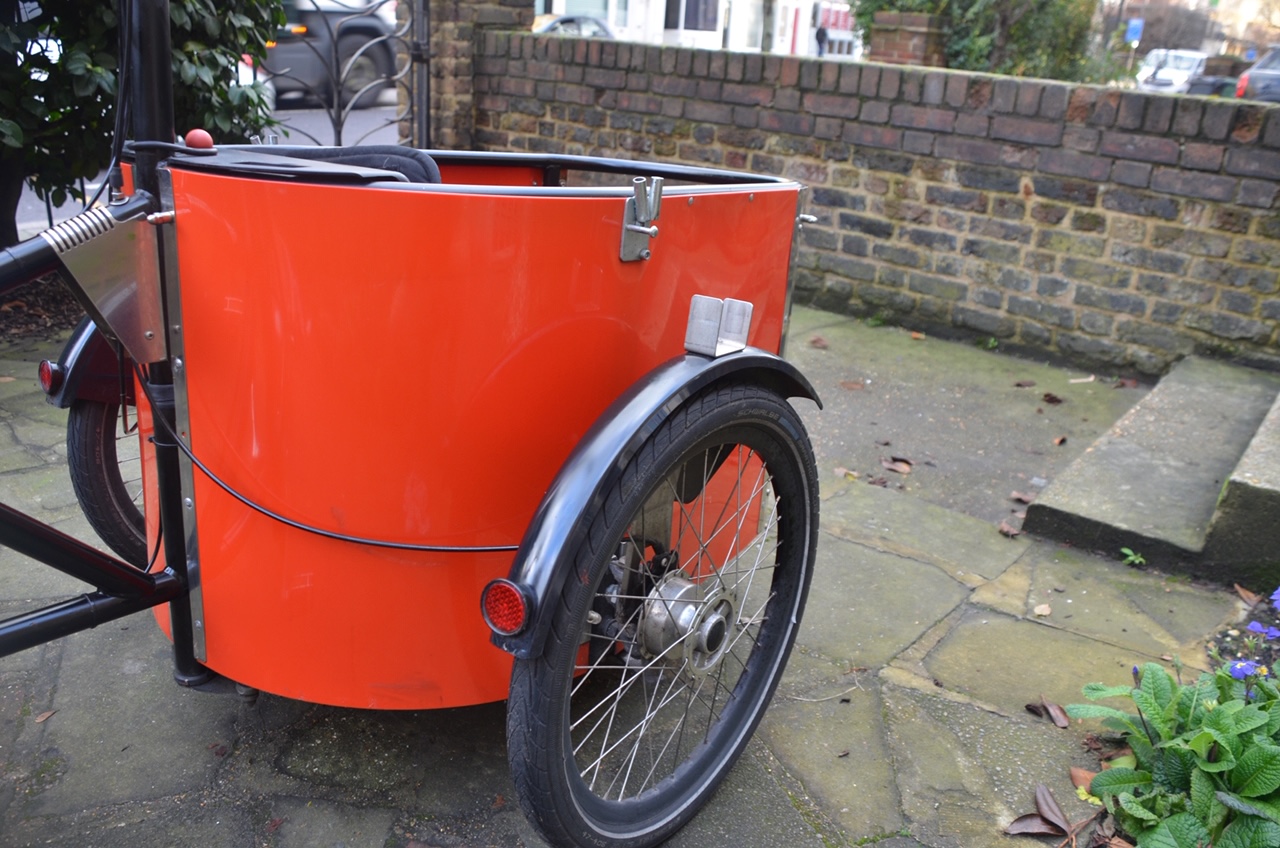 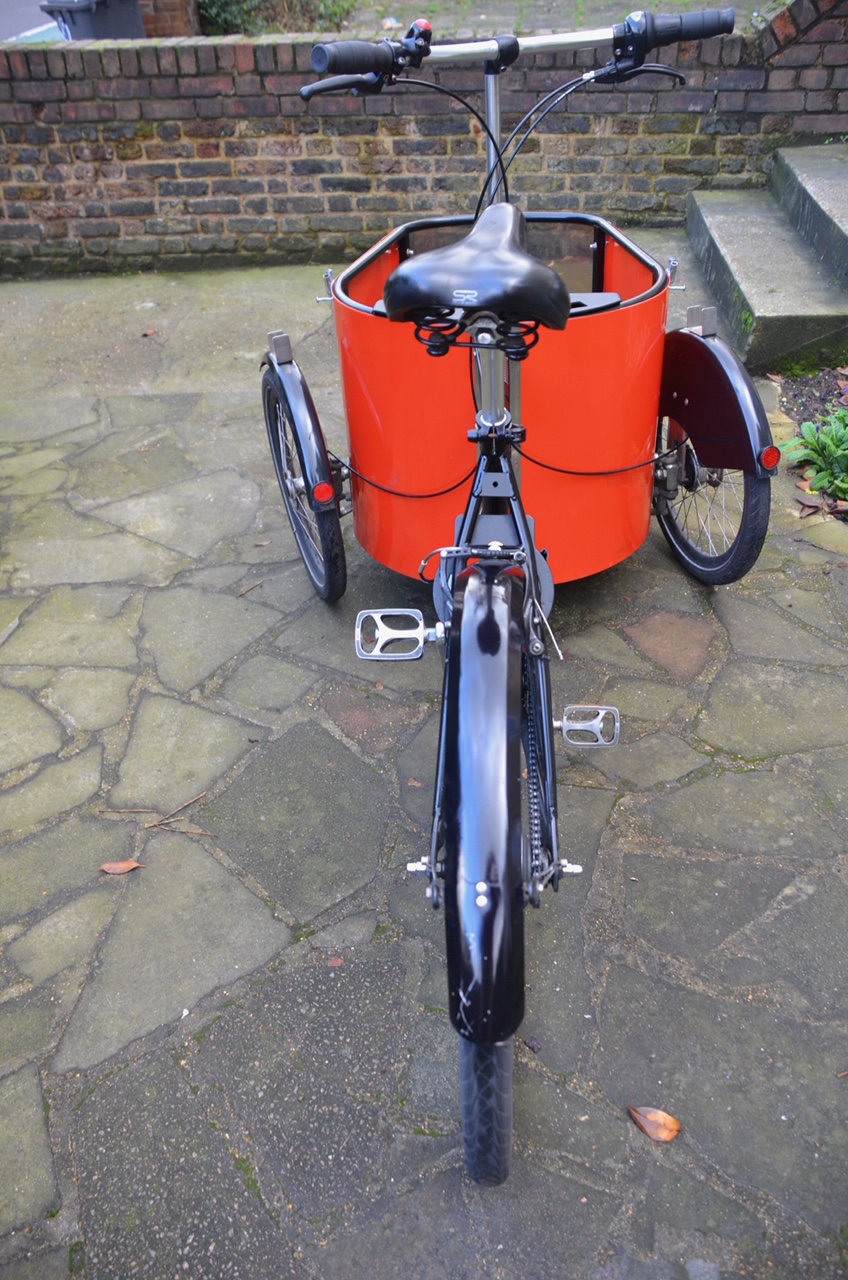 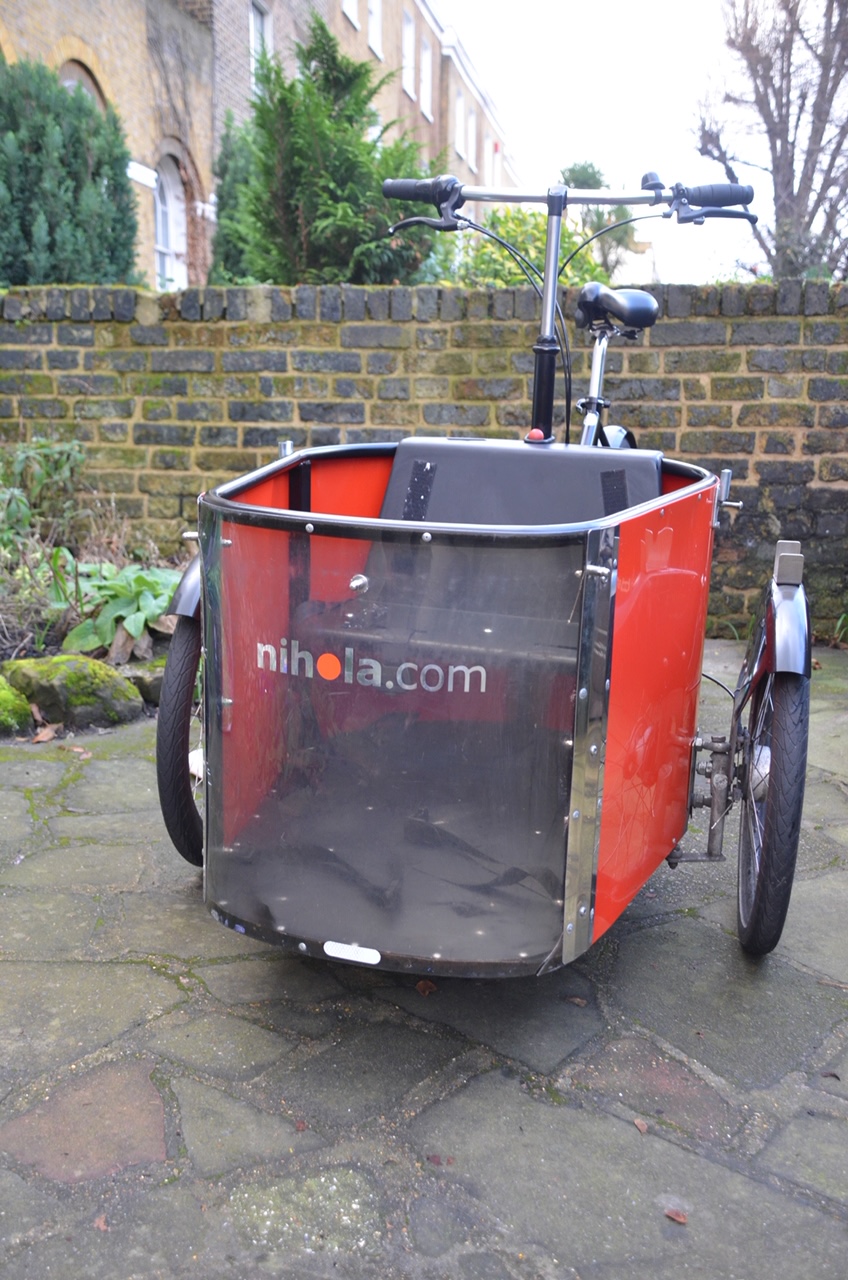 This cargobike was purchased new from us in September 2016 and is suitable for up to two children. The bike is in good condition, with a couple of small cracks to the clear front plate and to the rear mudguard. The canopy will need to be replaced but the cargobike will come with the arches. The family is selling up as they upgraded to a new electric model.

Available for a test ride. Get in touch if you are interested or visit the shop.

“According to our test the Nihola was the fastest and easiest to steer cargo bike of all and provided the most pleasant ride….,” so the judgment of the renowned Dutch Association of Cyclists (Fietsbond) concluded in their thorough test of popular cargo bikes.

What’s more, Nihola Family is ideally suited for everyday use with smaller children. Any weather can be mastered with its rain hood covering the two-child bench. Increasing numbers of new families have discovered the virtues of Nihola bikes. Nihola bikes take the kids safely to the nursery, kindergarten or school, they carry all the shopping, and more.

In 1998, mechanical engineer Niels Holme Larsen attended a bike exhibition in the heart of Copenhagen. The following day, a critic from the Danish newspaper Politiken concluded that bicycles would only be able to compete against cars when they could transport two children and groceries at the same time. After having read the review Niels decided to build such a bicycle, which resulted in the now well-known Nihola bikes.