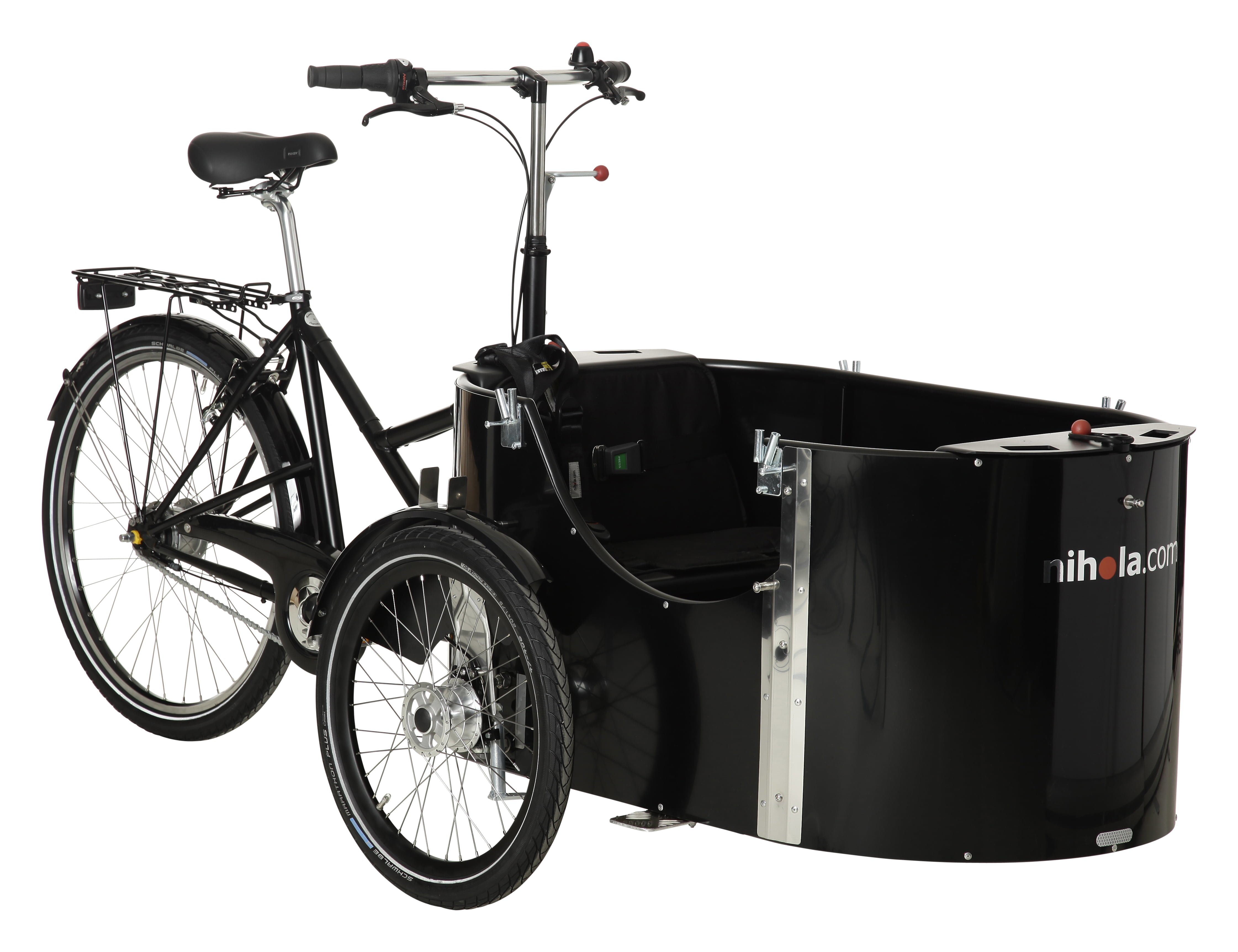 The ‘4.0’ is great for large families or nurseries, it carries up to 4 children or loads of 120 kg. A low centre of gravity makes the Nihola feel very stable. Equipped with complex ‘Ackermann’ steering which provides an easy and intuitive ride. Available with Shimano Nexus 8 speed with freewheel and V brakes. The price includes; box colour (8 choices), rain hood (8 colours), 2 benches with seatbelt, 2 cushion’s for the bench, frame lock, quick release for the saddle, transparent front and Schwalbe Marathon plus puncture proof tyres.