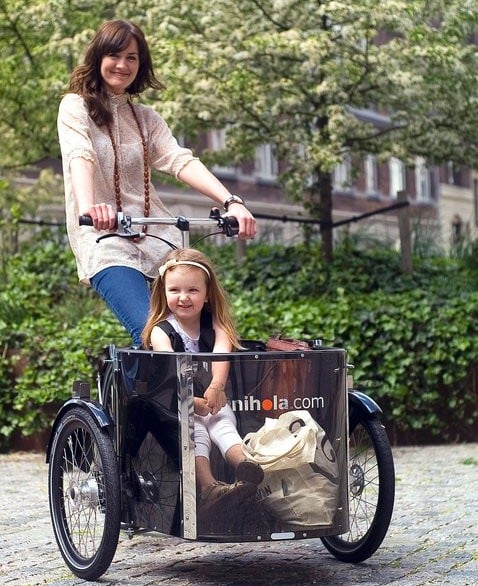 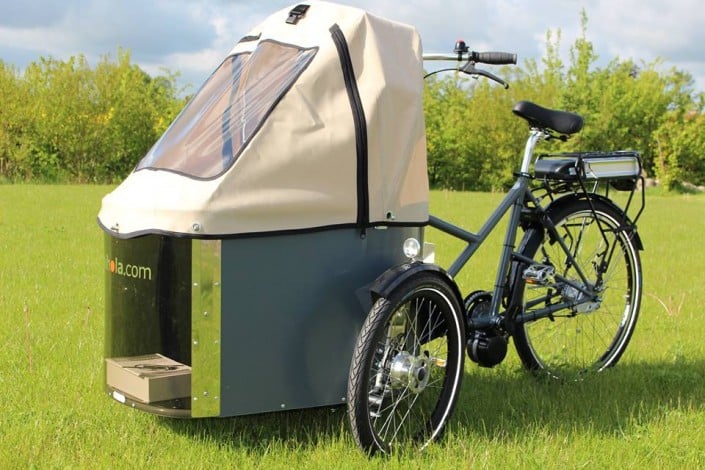 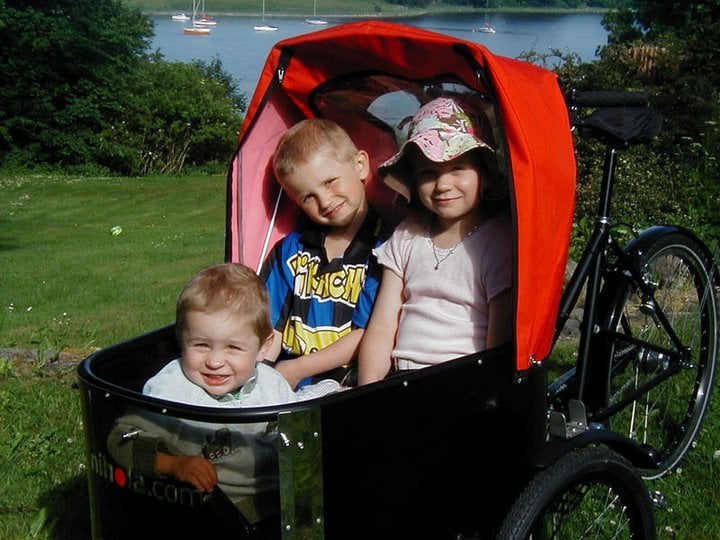 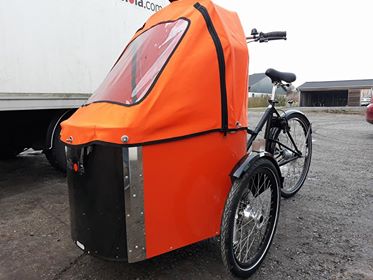 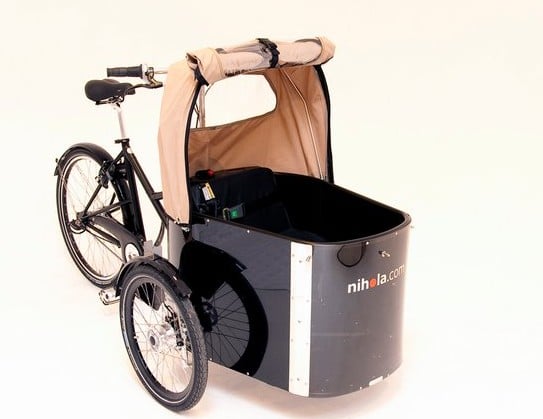 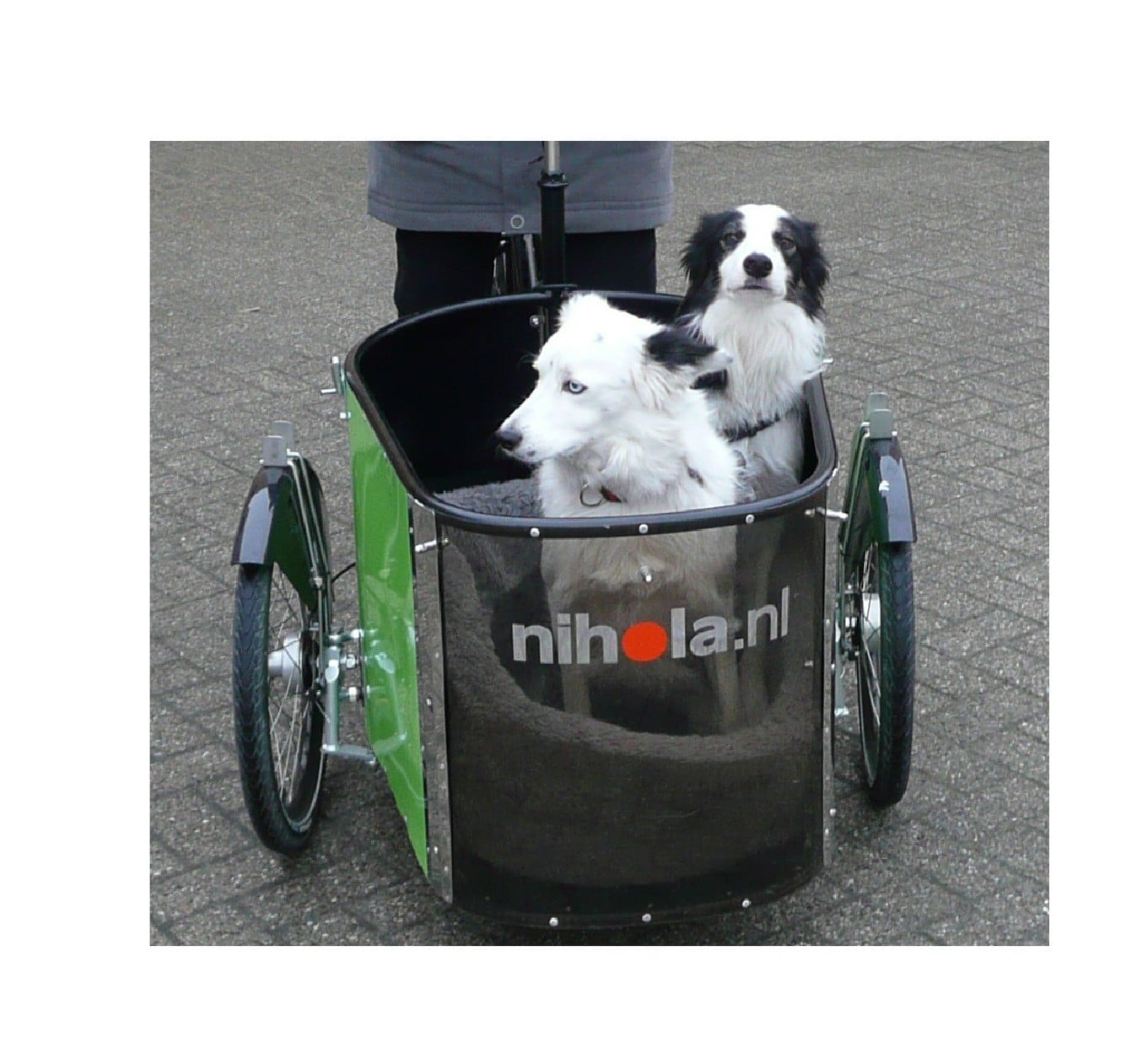 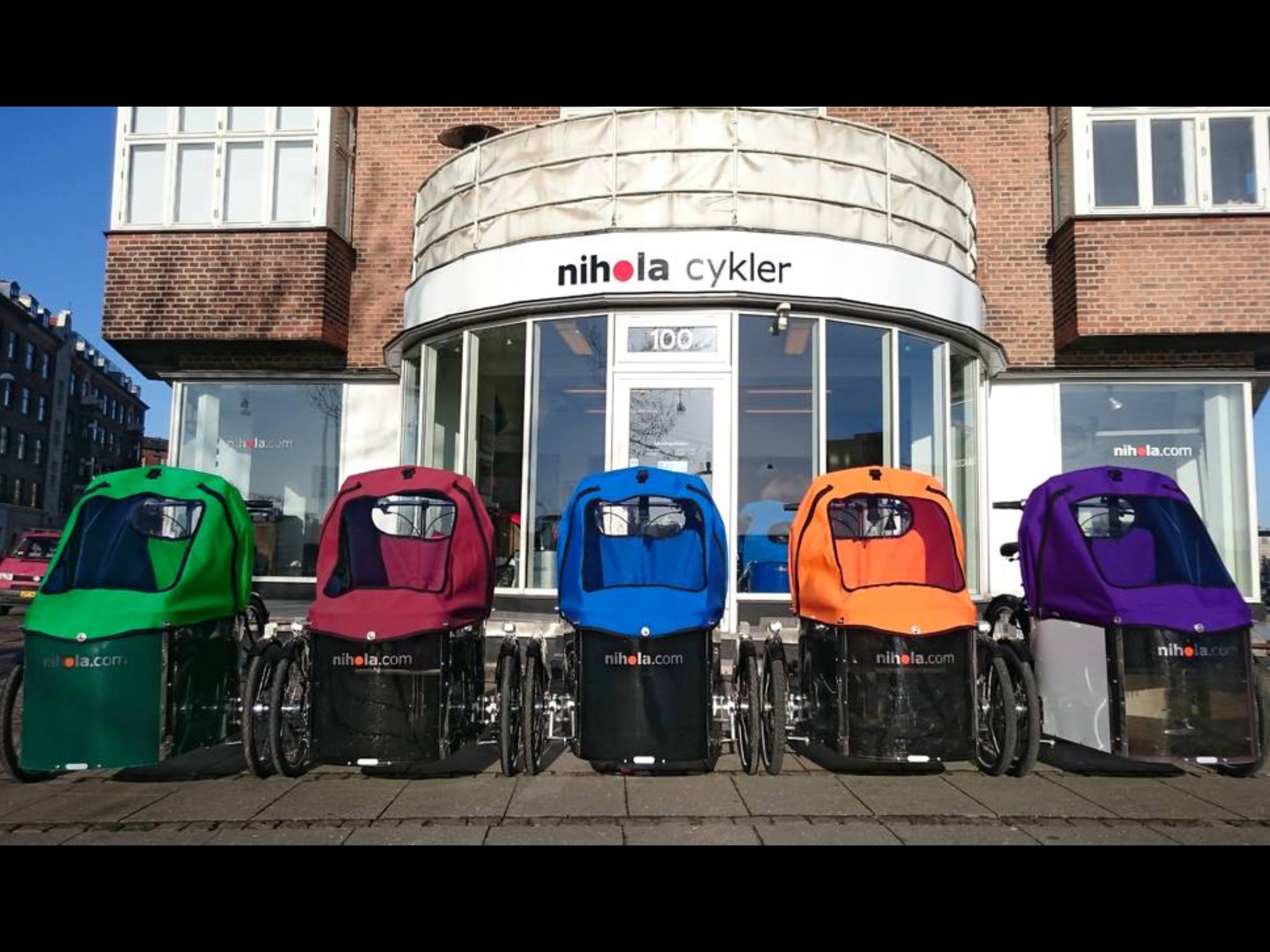 This is Nihola’s most popular model and carries up to two children or loads up to 100 kg. The box is build to provide sufficient head room for up to the age of 7-8 year. A low centre of gravity makes the Nihola feels very stable and extremely easy to ride. It is also suitable for beginners and even none cyclists. Equipped with complex but reliable  ‘Ackermann’ steering it provides an easy and intuitive ride.Alternatively a cot or car seat can be fitted to the bottom of the box and a child or adult can sit on the bench. The bench can be easily  removed without tools (if for example you want to transport bulky items).

The box surrounds and protects children, provides extra safety thanks to it’s robust steel frame. It is made of closed double tube frame without corners consisting of top and bottom frames that are welded together with 5 vertical steel reinforcing tubes.