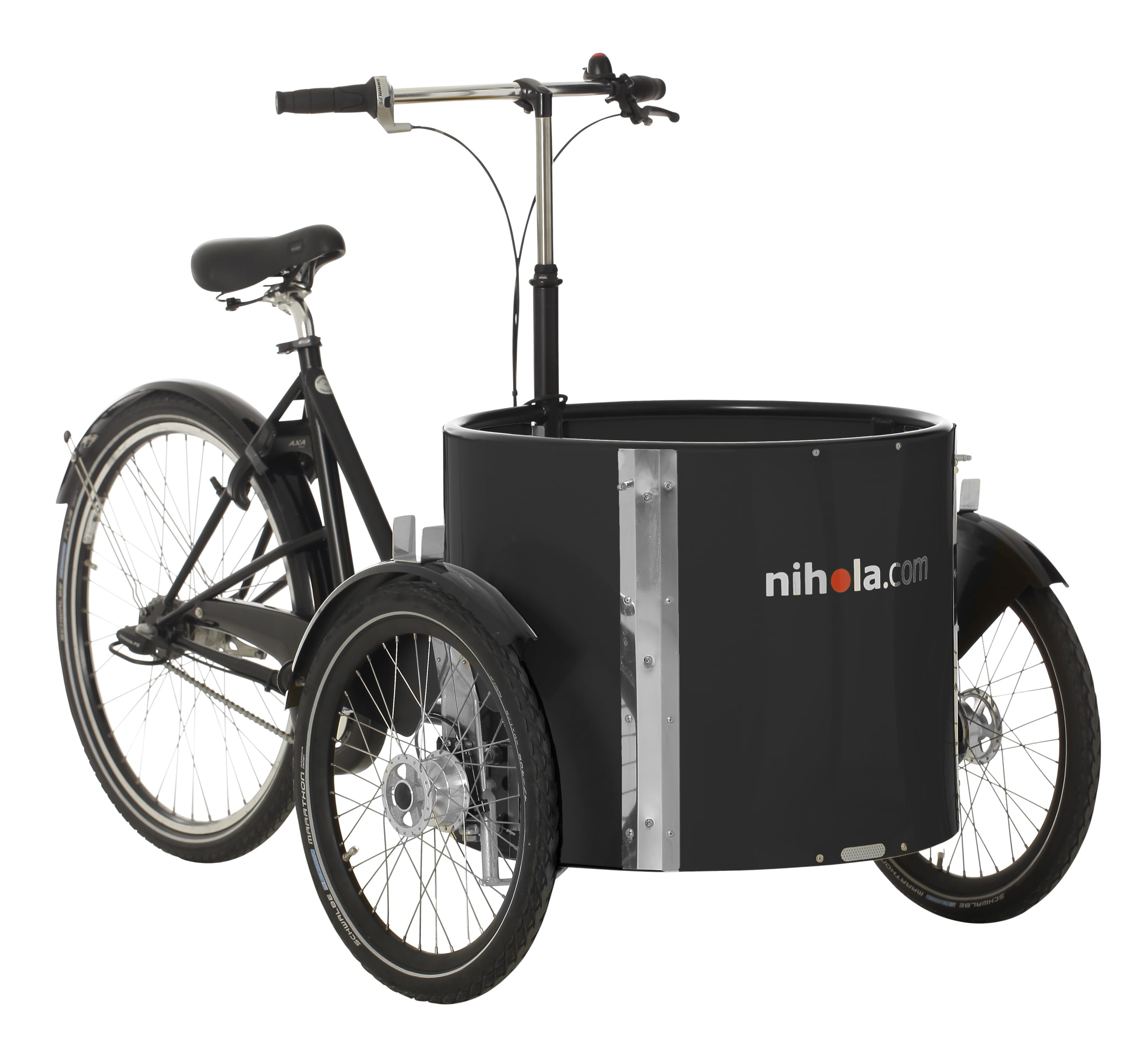 The Nihola Low is designed as an adult tricycle, with easy and stable riding. A low centre of gravity makes the Nihola feel very stable and a low instep means easy mounting and dismounting. Equipped with complex ‘Ackermann’ steering which provides an easy and intuitive ride. Available with Shimano Nexus 8 speed with freewheel and V brakes. The front box means you have plenty of space for carrying your cargo or alternatively a child bench can be fitted.